Today was planned as an easy day. The voie verte route starts in Givet and passes right through Revin. In total, I was going to bike about 35km of the route to reach my destination.

Within about 20min of leaving, I rode past a guy with a touring setup similar to mine while he was having some water. A bit later I stopped to take a picture and he rolled past me. 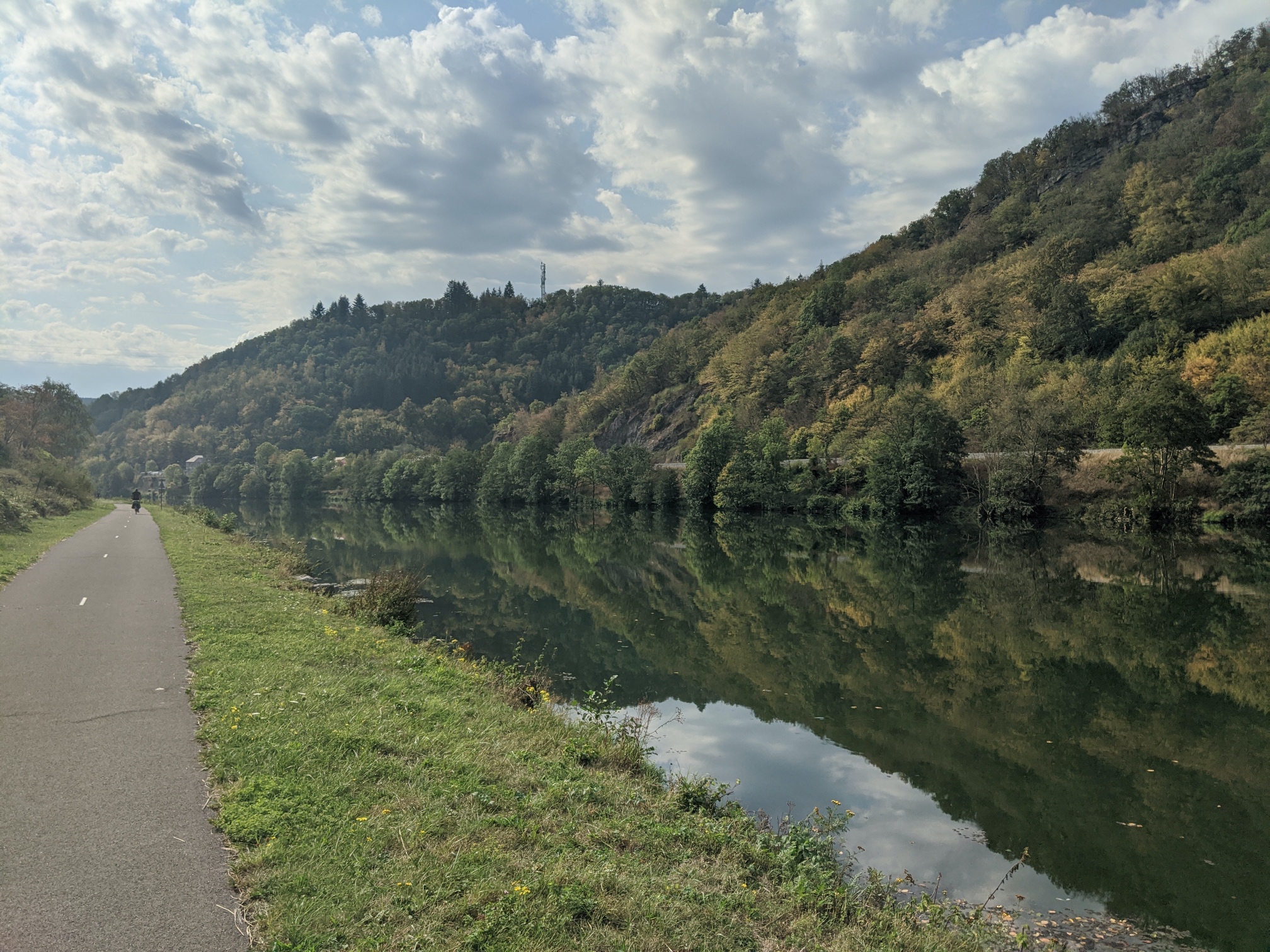 Playing tag with another rider.

This continued for a while: one would take a picture, the other would drink some water. We finally both stopped at the same bridge when crossing into Fumay, and started talking. 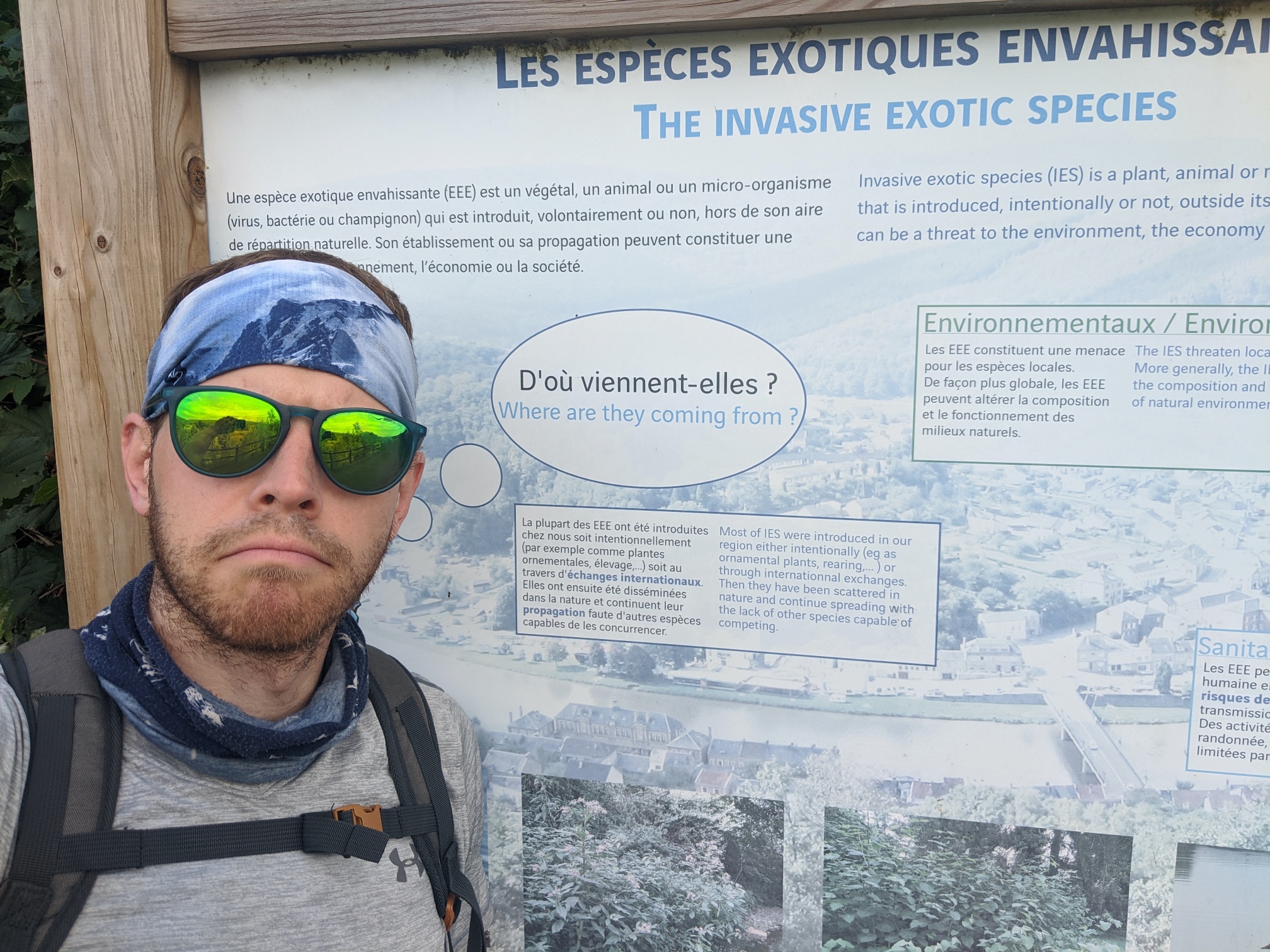 Exotic? Invasive? Where DO they come from?

His name is Ward. He’s dutch, but living in the flemish part of Belgium. Since we’re both going the same direction, he suggested we ride together.

I’m going to Revin, which at this point is only 10km away. He’s going all the way to the end of the voie verte, Charleville-Mézières.

He started in the morning from Dinant, a full 20km further north of Givet, my starting point. His route for the day was 100km, a bit further than my 35km. As he would say later, 100km days aren’t sustainable. 35km is pretty short though.

We talked the whole time we rode. I shared my story (Berlin, programming, american, etc.), and he his (dutch in Belgium, just graduated, biking until the weather forces him to stop. His goal? Interlaken in Switzerland.)

We talked about american culture and politics, belgian culture and politics, the pandemic. He and his girlfriend are building a house. She was traveling with him until just recently; he is doing the last two weeks alone. He regretted having a two person tent for just himself. After they’ve finished the house (~1 year), he’ll fiure out what to do with his mechanical engineering degree.

Since they’re building a house, I asked if they were getting married.

It always seemed to me like the two were pretty closely related. But that’s just my perspective.

We reached my campsite, and as I was about to ask him if he wanted to grab some food before he continued, he asked me the same. We grabbed sandwiches from a bakery and found a bench overlooking the river to sit on.

His english was excellent. He took 10 years of french,1 but couldn’t remember much. He found german and english easier. It sounds like the french-speaking and dutch-speaking belgians are converging on english for communicating together (“it’s neutral since neither speak it natively”). He conceded that it’s probably easier for the flemish to learn english.

Ward reflected on learning english and how much of an advantage it is to be a native speaker. I can go to so many far-flung parts of the world, meet foreign people, and we share essentially the same language.

His list for dutch is the Netherlands, Belgium (only the top half), and South Africa. The list for english is a bit longer.

We finished our sandwiches (mine was actually a quiche lorraine), shook hands, and parted ways.

“See you around,” I said to him wryly.