The ride today was a non-event. It was 44km of, again, pristine paved voie verte. I reached my destination very quickly. Along the way I passed several little pillboxes facing north upriver. I’m guessing it was to harass an attempt at nazi incursion into france. 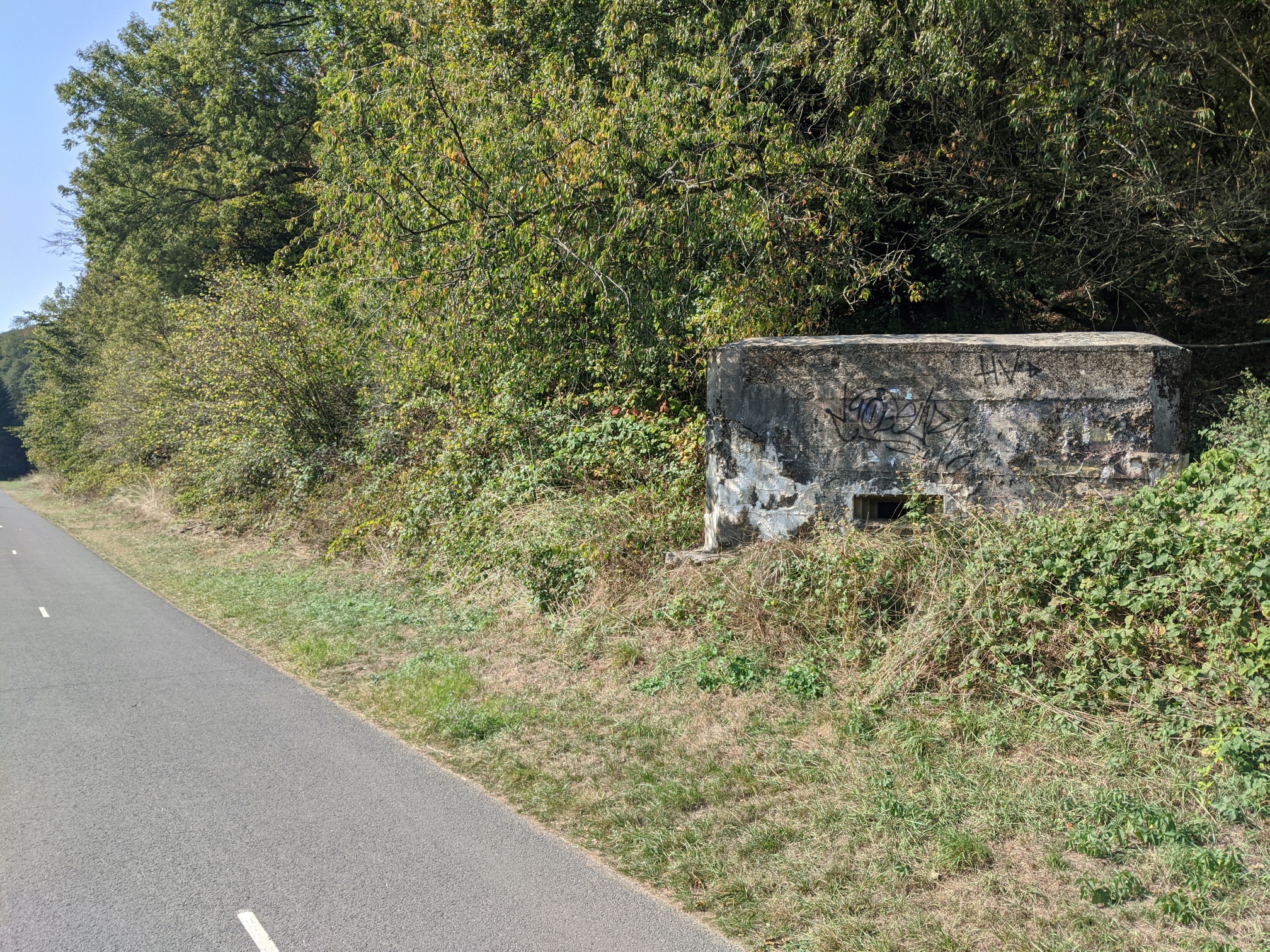 At most soldiers stationed inside could have harried incoming transports. I'm guessing they were primarily there to inform of an invasion.

By noon I was in Charleville-Mézière. I had a whole day to be in the city. It was by far the largest place I had been in for almost two weeks.

After getting a spot at a campsite, the first order of business was to straighten out taking the train tomorrow down to Reims, where I was going to hang out with Etienne for the weekend. He had planned a weekend of sophistication for us: champagne tasting, beer tasting, general drinking. He knew better than to take a flannel-clad, cargo pants wearing american elsewhere.

I spoke with the lady at the trainstation and got everything straightened out surprisingly easily. The train was actually a bus scheduled for 15:30 tomorrow.

Having taken care of my one task for the day, I headed to the grocery store to get lunch and beer. Since I was homeless, three beers seemed appropriate.

I posted up at Winston Churchill Place, a little square with a memorial to fallen soldiers of the city. I had expected to have the square to myself, being that it was early afternoon on a friday.

A group of three girls in their seemingly early 20s walked by. I didn’t think anything of it. Then another group of girls about the same age walked by. Then another. At this point I thought to myself, something is going on. Looking to the right I saw a mass of kids hanging out and talking. At this point I realized that they probably aren’t in their early 20s, but they’re highschoolers in their late teens, and they’re congregating for some unknown reason. I was sitting on a bench, dirty, scruffy, with my bags and bike, drinking beer, where the highschoolers come to hang out. 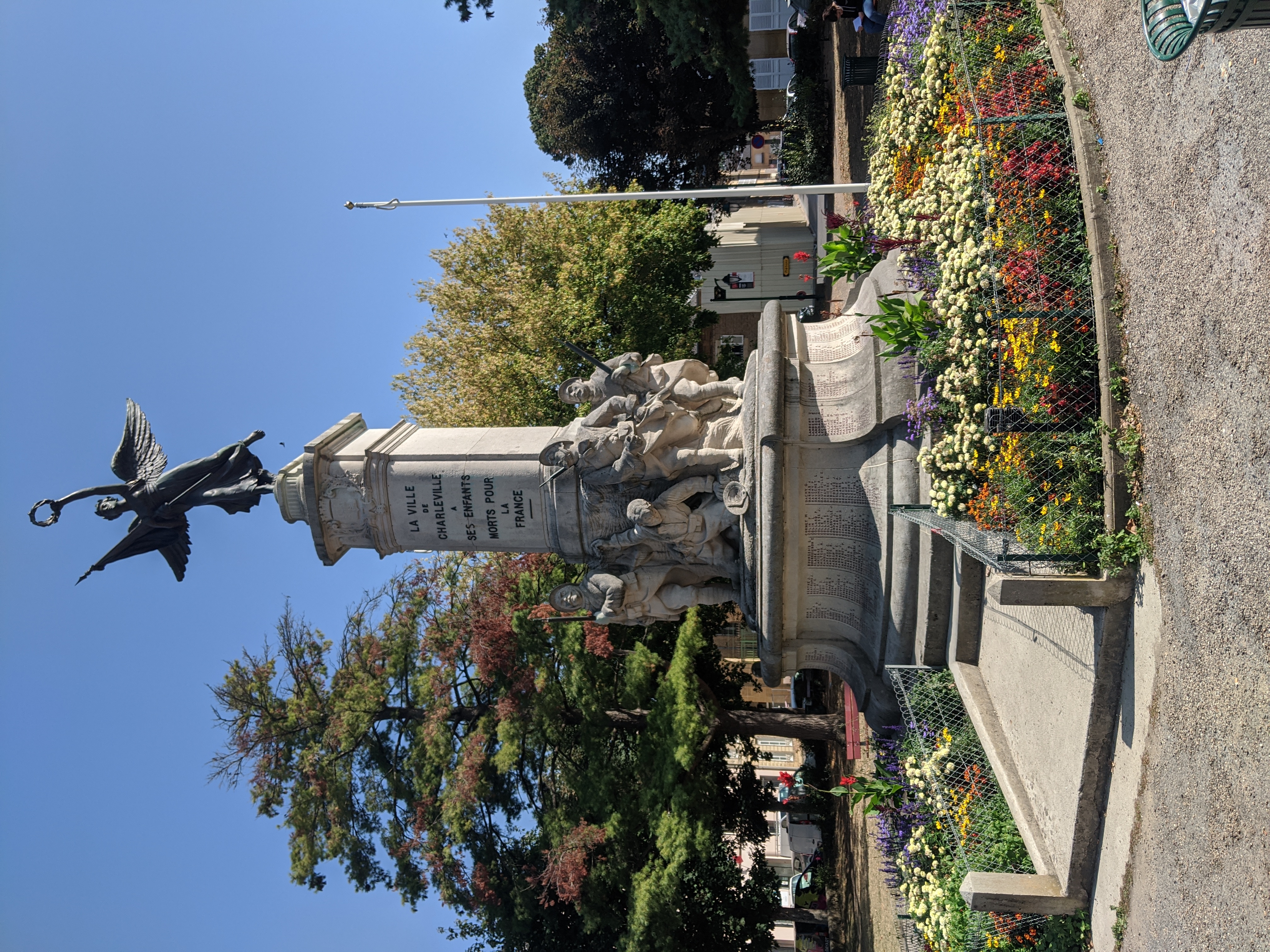 This square was chosen quite innocently.

I fully appreciated how this probably looked. But I wasn’t going to leave until I finished my third beer. I was there first, after all. And the bar I had planned on going to later didn’t start happy hour until 16:00 (pints of le chouffe were 5 euros).

After a brief walk to kill time until the bar opened (le rétro), I sat at the bar and had some more beer. The music was good, the weather was nice, and the beer was cheap. Unfortunately, a few 8% le chouffes later, I was holding on to my chair to keep from falling out.

I asked the bartender if I could pay. He looked at me and said “that’s probably a good idea.” I retired to my campsite for dinner.